Coffee for the Heart 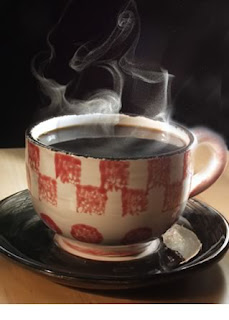 Coffee drinkers who've been upping their java consumption in light of reports about coffee's various health benefits can rest easy (if all that caffeine lets you rest at all): Coffee drinking isn't associated with a greater risk of heart arrhythmia. In fact, contrary to popular belief, a new study finds that people who drink four or more cups of coffee daily were actually 18% less likely to be admitted to the hospital for a heart-rhythm disturbance than coffee abstainers. Researchers confessed to being surprised by the results, because patients sometimes report forceful heartbeats or palpitations after drinking coffee. If you have trouble tolerating caffeine or coffee, the scientists added, their study shouldn't change the advice to avoid both, nor should you take up the habit in hopes of preventing arrhythmias. But moderate coffee drinkers should take comfort in the results. Sorry, tea lovers, the seven-year study of 130,054 men and women found no similar benefit for tea drinking. - American Heart Association

Written by David A. Snowdon, the book "Aging with Grace" is highly recommended. It can be bought at Amazon.com.

"Since 1986, the author, an epidemiologist, has directed a research project dubbed the Nun Study. According to Snowdon, who previously studied Seventh-Day Adventists, religious group members make ideal subjects because of their similar and somewhat insular lives. Specifically, he has been tracking the lives of 678 elderly nuns who are members of the School Sisters of Notre Dame, to assess the effects of aging. Snowdon describes in detail a pilot study he conducted with the sisters in Mankato, Wis., on the link between level of education and disabilities related to aging. This initial research convinced him to expand his base to other convents and to focus primarily on Alzheimer's disease. The participants, ranging in age from 75 to 104, agreed to provide access to their medical and personal histories and, after death, to donate their brain tissue to the project. What distinguishes this study is Snowdon's decision not to maintain the usual "objective" distance from his subjects but rather to become emotionally involved with them. His commitment to treat them with "care and respect" is readily apparent in the many warm and sympathetic anecdotes and his expression of deeply felt grief when any of the sisters becomes incapacitated by Alzheimer's or dies. Among the project's findings is a clear correlation between a low rate of Alzheimer's and high linguistic ability. Snowdon has also found a positive relationship between the consumption of certain antioxidants (e.g., lycopene, found in pink grapefruit, tomatoes and watermelon), an exercise program and an optimistic outlook and aging successfully. Although the study is still under way, readers will certainly appreciate the early insights to be gleaned from Snowdon's human- (rather than statistic-) centered and compassionate story." (Copyright 2001 Cahners Business Information, Inc.)
at March 08, 2010 No comments: