Brave Alice! She jumps to the water with great confidence and joy. Alice liked so much she jumped again from Harbour Bridge.
at February 24, 2011 No comments:

Ian Suttie and The Origins of Love and Hate 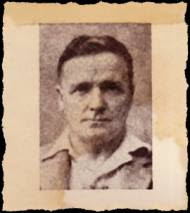 Ian Dishart Suttie (1898-1935) wrote the book ‘The Origins of Love and Hate’, which was first published in 1935; a few days after his death. He was born in Glasgow and was the third of four children. His father was a general practitioner and Ian Suttie and both of his brothers and his sister became doctors as well. He qualified from Glasgow University in 1914. After a year he went into psychiatry. Although his work has been out of print in England for some years, it is still relevant today. It has been often cited and makes a contribution towards understanding the more difficult aspects of family relationships and friendships. (...)

Although Ian Suttie was working within the tradition set by Freud, there were a lot of concepts of Freud’s theory he disagreed with. First of all, Suttie saw sociability, the craving for companionship, the need to love and be loved, to exchange and to participate, to be as primary as sexuality itself. (...) Ian Suttie explained anxiety and neurotic maladjustment as a reaction on the failure of finding a response for this sociability; when primary social love and tenderness fails to find the response it seeks, the arisen frustration will produce a kind of separation anxiety This view is more clearly illustrated by a piece of writing of Suttie himself: ‘Instead of an armament of instincts, latent or otherwise, the child is born with a simple attachment-to-mother who is the sole source of food and protection… the need for a mother is primarily presented to the child mind as a need for company and as a discomfort in isolation’. (...)

In Suttie’s view, the beginning of the relationship between mother and child is a happy and symbiotic one as well. This happy symbiotic relationship between mother and baby can be disrupted by for example a second baby or the mother returning to work. This makes the infant feel irritable, insecure and anxious. This would be the start of the feeling of ambivalence: feelings of love and hate towards the mother. The child attempts to remove the cause of the anxiety and hate to restore the relationship. This retransforming is necessary, because hate of a loved object (ambivalence) is intolerable. (Wikipedia)
at February 02, 2011 No comments: