"Even as humanity ventures farther and farther into the solar system, the focus on our planet is as sharp as ever. Whether taken from astronauts in orbit, satellites circling above or spacecraft at the moon and Mars, NASA's stunning images of Earth highlight the diversity, fragility and beauty of the place we all call home. Apollo 8 astronaut Bill Anders, who took the famous "Earthrise" photo above in 1968 noted later, "here we came all this way to the moon, and yet the most significant thing we're seing is our own home planet, the Earth."
See wonderful photos on NASA' site: http://www.nasa.gov/
at April 26, 2008 1 comment: 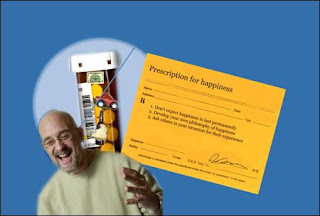 Do you know Daniel Gilbert? You should! At Harvard, the social psychologist is known as Professor Happiness. Read his interview at the New York Times and learn a little with dr. Gilbert. Here is just a small sample. That's something to think about and act. http://www.nytimes.com/2008/04/22/science/22conv.html?ei=5070&en=f9bcb768eb369e1f&ex=1209528000&emc=eta1&pagewanted=all

NYT: AS AS THE AUTHOR OF A BEST SELLER ABOUT HAPPINESS, DO YOU HAVE ANY ADVICE ON HOW PEOPLE CAN ACHIEVE IT?

We know that the best predictor of human happiness is human relationships and the amount of time that people spend with family and friends.
We know that it’s significantly more important than money and somewhat more important than health. That’s what the data shows. The interesting thing is that people will sacrifice social relationships to get other things that won’t make them as happy — money. That’s what I mean when I say people should do “wise shopping” for happiness.
Another thing we know from studies is that people tend to take more pleasure in experiences than in things. So if you have “x” amount of dollars to spend on a vacation or a good meal or movies, it will get you more happiness than a durable good or an object. One reason for this is that experiences tend to be shared with other people and objects usually aren’t.

Email ThisBlogThis!Share to TwitterShare to FacebookShare to Pinterest
Labels: happiness 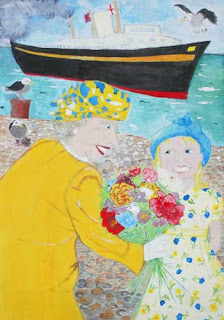 Elizabeth II Born this day in 1926 was Queen Elizabeth II of the United Kingdom, who ascended the throne in 1952 at age 25 and is known to favour simplicity in court life and to take a serious, informed interest in government business. This drawing was made by Anna Mitchell, 11 years old.
at April 21, 2008 No comments: 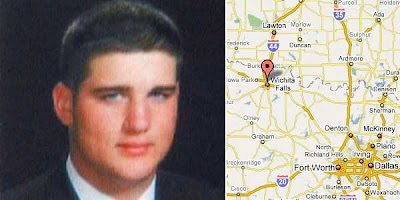 Zack Dunlap doesn’t remember much from the day he died, but he does remember hearing a doctor declare him brain-dead. And he remembers being incredibly ticked off.
Doctors have no explanation for why Dunlap is alive. He had been riding his souped-up ATV with some friends on that fateful Saturday, less than a week before Thanksgiving. They had participated in a parade that morning, popping wheelies and impressing the crowd, and then they had gone out riding on their machines. He did not wear a helmet.
Dunlap fell behind his friends on a highway just outside of Davidson, Okla., not far from his home in the ranching town of Frederick and near the Texas border. He gunned his machine to catch up, doing another wheelie on the back wheels. When he dropped the front wheels back to the pavement, he saw that he was going to crash into a friend’s machine that had stopped a short way up the road.
Dunlap tried to swerve, but flipped his machine and went flying, smashing headfirst and facedown on the asphalt. He remained there motionless, unresponsive to his friends, who quickly called 911.
Taken first to a local hospital, he was airlifted 50 miles away to United Regional Healthcare System in Wichita Falls, Texas, where there was a trauma unit that might be able to treat the severe damage he had done to his brain. But 36 hours after the accident, doctors performed a PET scan of his brain and informed his parents, along with other family members who had gathered to keep vigil at the hospital, that there was no blood flowing to Zack’s brain; he was brain-dead.
Zack had declared on his driver’s license that he wanted to be an organ donor, so his parents gave permission for doctors to keep his body alive until the organs could be harvested.
The decision made, there remained only a wait of several hours while an organ-harvesting team flew in by helicopter. The family spent the time saying goodbye.
During her time with him, Zack’s grandmother, Naomi, prayed. Her request was straightforward — “just a miracle,” she told Morales. “He was too young for God to take him.”
Some four hours after doctors declared Zack dead, a nurse began to remove tubes from Dunlap. His cousins, Dan and Christy Coffin, both of whom are nurses, were also in the room. Something about Zack’s appearance made them think that he wasn’t as dead as the doctors said. On a hunch, Dan pulled out his bone-handled pocket knife and ran the blade up the sole of one of Zack’s feet.
The foot yanked away, but the other nurse said it was a reflex action. So Dan Coffin then dug a fingernail under one of Zack’s nails. Zack yanked his arm away and across his body, and that, the other nurse agreed, wasn’t a reflex action. It was a sign of life.
Doctors warned the family that Zack could have profound brain damage that would prevent his leading anything resembling an active life. But within five days he opened his eyes, and 48 days after the accident, he walked out of a rehab center and returned home, where the entire town gave him a hero’s welcome.
If you want to see the video of Zack talking on NBC, click on the link below:
http://www.msnbc.msn.com/id/23775873/from/ET/
Wait till the film loads... 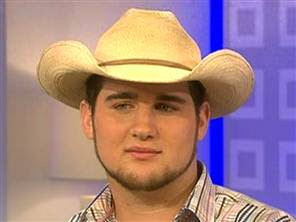 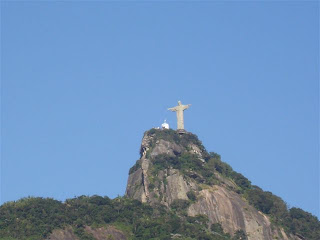 Christ Redeemer, as he is seen from the street where we live, during a WWF campaign.
at April 08, 2008 No comments: