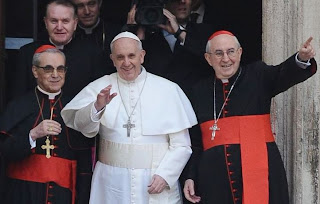 1. Jorge Mario Bergoglio was born Dec 17, 1936, in Buenos Aires, Argentina, one of five children born to an Italian railway worker and his wife.

2. His father, Mario Jorge, emigrated to Argentina from the Piedmont region of Italy.

3. He speaks Italian, German and Spanish fluently, in addition to a smattering of English, French and Portuguese. He can also speak a bit of the Piedmontaise dialect too.

4. He lost part of his lung to infection as a youth.

5. He is a fan of the tango. "I love tango and I used to dance when I was young," he told Francesca Ambrogetti and Sergio Rubin, the authors of his 2010 biography El Jesuita.

6. He had a girlfriend. "She was one of a group of friends I went dancing with. But then I discovered my religious vocation," he said to Ambrogetti and Rubin.

7. He worked as a bouncer in a Buenos Aires bar to earn money as a student.

8. He is a passionate fan of San Lorenzo Football Club, his local team. They were the first Argentine team to win the domestic double, in 1972.

9. His favourite painting is The White Crucifixion, painted by Marc Chagall in 1938. The painting shows Jesus being crucified on the cross, wearing a prayer shawl as a symbol that he is Jewish. The painting originally showed a soldier with a swastika on his armband burning down a synagogue.

10. His favourite film is Babette's Feast, a 1987 Danish drama directed by Gabriel Axel.

12. He was a teacher of literature, psychology, philosophy and theology before becoming the Archbishop of Buenos Aires.

13. He is the co-author of "Sobre el Cielo y la Tierra (On Heaven and Earth)", which can be purchased for Kindle.

14. He was previously Archbishop of Buenos Aires, from 1998 to 2013. He was known during this time to try and set an example for others, eschewing the extravagant robes of his position for the humble robes of a simple priest.

15. He used public transport rather than taxis or a chauffeured car to get around and lived in a small flat with an older priest and made all his own meals, despite having access to the Archbishop's quarters and a chef.

17. During the 2005 conclave in which he was runner up, he was reportedly the victim of a smear campaign by other, more liberal members of the Jesuit order, who claimed that he never smiled.

18. He travelled to the conclave in Rome on an economy flight.

19. Francis is the first non-European pope since Gregory III, who was born in modern-day Syria and elected in 731.

20. He is apparently not Francis I but Pope Francis. Vatican spokesman Federico Lombardi explains: "It will become Francis I after we have a Francis II." Pope John Paul I, the last pope to affix a 'I', decided to attach it himself.
(The Telegraph)

This is the end
Hold your breath and count to ten
Feel the Earth move and then
Hear my heart burst again
For this is the end
I've drowned and dreamt this moment
So overdue, I owe them
Swept away, I'm stolen

Where you go, I go
What you see, I see
I know I'd never be me
Without the security
Of your loving arms
Keeping me from harm
Put your hand in my hand
And we'll stand

Let the sky fall
We will stand tall
At skyfall
at March 10, 2013 No comments:

Love is Patient
Be completely humble and gentle; be patient, bearing with one another in love. - Ephesians 4:2 NIV


Love works. It is life’s most powerful motivator and has far greater depth and meaning than most people realize. It always does what is best for others and can empower us to face the greatest of problems. We are born with a lifelong thirst for love. Our hearts desperately need it like our lungs need oxygen. Love changes our motivation for living. Relationships become meaningful with it. No marriage is successful without it.

Love is built on two pillars that best define what it is. Those pillars are patience and kindness. All other characteristics of love are extensions of these two attributes. And that’s where your dare will begin. Withpatience.

Love will inspire you to become a patient person. When you choose to be patient, you respond in a positive way to a negative situation. You are slow to anger. You choose to have a long fuse instead of a quick temper. Rather than being restless and demanding, love helps you settle down and begin extending mercy to those around you. Patience brings an internal calm during an external storm.

No one likes to be around an impatient person. It causes you to overreact in angry, foolish, and regrettable ways. The irony of anger toward a wrongful action is that it spawns new wrongs of its own. Anger almost never makes things better. In fact, it usually generates additional problems. But patience stops problems in their tracks. More than biting your lip, more than clapping a hand over your mouth, patience is a deep breath. It clears the air. It stops foolishness from whipping its scorpion tail all over the room. It is a choice to control your emotions rather than allowing your emotions to control you, and shows discretion instead of returning evil for evil.

If your spouse offends you, do you quickly retaliate, or do you stay under control? Do you find that anger is your emotional default when treated unfairly? If so, you are spreading poison rather than medicine.

Anger is usually caused when the strong desire for something is mixed with disappointment or grief. You don’t get what you want and you start heating up inside. It is often an emotional reaction that flows out of our own selfishness, foolishness, or evil motives.

Patience, however, makes us wise. It doesn’t rush to judgment but listens to what the other person is saying. Patience stands in the doorway where anger is clawing to burst in, but waits to see the whole picture before passing judgment. The Bible says, “He who is slow to anger has great understanding, but he who is quick-tempered exalts folly” (Proverbs 14:29).

As sure as a lack of patience will turn your home into a war zone, the practice of patience will foster peace and quiet. “A hot-tempered man stirs up strife, but the slow to anger calms a dispute” (Proverbs 15:18). Statements like these from the Bible book of Proverbs are clear principles with timeless relevance. Patience is where love meets wisdom. And every marriage needs that combination to stay healthy.

Patience helps you give your spouse permission to be human. It understands that everyone fails. When a mistake is made, it chooses to give them more time than they deserve to correct it. It gives you the ability to hold on during the tough times in your relationship rather than bailing out under the pressure.

But can your spouse count on having a patient wife or husband to deal with? Can she know that locking her keys in the car will be met by your understanding rather than a demeaning lecture that makes her feel like a child? Can he know that cheering during the last seconds of a football game won’t invite a loud-mouthed laundry list of ways he should be spending his time? It turns out that few people are as hard to live with as an impatient person.

What would the tone and volume of your home be like if you tried this biblical approach: “See that no one repays another with evil for evil, but always seek after that which is good for one another” (1 Thessalonians 5:15).

Few of us do patience very well, and none of us do it naturally. But wise men and women will pursue it as an essential ingredient to their marriage relationships. That’s a good starting point to demonstrate true love.

This Love Dare journey is a process, and the first thing you must resolve to possess is patience. Think of it as a marathon, not a sprint. But it’s a race worth running.
(The Love Dare - Kendrick) 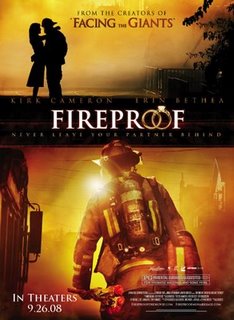