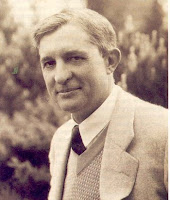 Blue sky, not a single cloud, flowers and bees around us - everything so beautiful, but so hot! As soon as we could, we went indoors, praising Willis Carrier and his wonderful invention.

Poor cats, I let them out. After they digged the wet flower-beds, I couldn't allow them to come inside and jump on our beds. 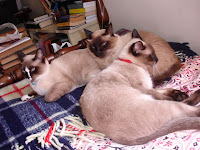 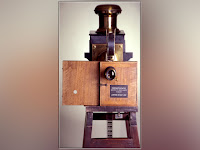 The brothers Louis and Auguste Lumière were two of the earliest players in the development of motion pictures. Their cinématographe device, patented in 1895, was a combined cine-camera and projector, using an intermittent claw derived from the mechanism used in sewing machines. It was used to show the first projected cinema film to a paying audience, in the basement of the Grand Café, Paris, on 28 December 1895. This example is the earliest surviving from the subsequent production run.
(http://www.makingthemodernworld.org.uk/icons_of_invention/technology/1880-1939/IC.088/)
at December 28, 2007 No comments:

Email ThisBlogThis!Share to TwitterShare to FacebookShare to Pinterest
Labels: Lumière

Lucia, The Queen of Lights

The Lucia Bride, or Saint Lucia - she is known by many names, in many lands. In Sweden she is, by tradition, the eldest daughter of the family, who, at early dawn during the Christmas Season, appears at her parent's chambers dressed in a long white gown sashed in red. She wears a crown of lighted candles in her hair, and brings hot coffee and sweet saffron buns.
(Helen Ingeborg)
at December 25, 2007 No comments:

Email ThisBlogThis!Share to TwitterShare to FacebookShare to Pinterest
Labels: Lucia, the Queen of Lights 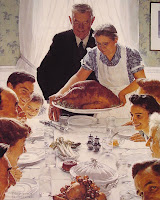 'A joy shared is a joy doubled.'

Jane Austen (16 December 1775) was a British novelist whose realism, biting social commentary, and masterful use of free indirect speech, burlesque and irony have earned her a place as one of the most widely-read and best-loved writers in British literature. Austen created the comedy of manners of middle-class life in the England of her time in her novels, Sense and Sensibility (1811), Pride and Prejudice (1813), Mansfield Park (1814), Emma (1815), and Northanger Abbey (1817) and Persuasion (1817).
Austen's works critique the novels of sensibility of the second half of the eighteenth century and are part of the transition to nineteenth-century realism. Austen's plots, although fundamentally comic, highlight the dependence of women on marriage to secure social standing and economic security. Like Samuel Johnson, one of the strongest influences on her writing, her works are concerned with moral issues. She died in July 18, 1817, Winchester, Hampshire. (Wikipedia and Encyclopædia Britannica)
In popular culture, Austen's novels have been adapted in a number of film and television series, varying greatly in their faithfulness to the originals.
Go to http://www.janeausten.co.uk/ and have some ideas for Christmas.
at December 16, 2007 No comments: 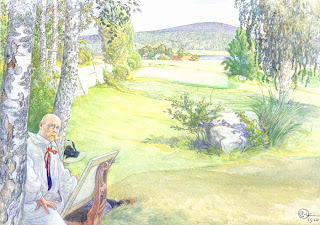 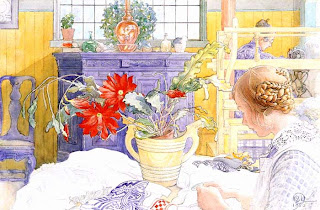 Carl Larsson was born in Stockholm, in May 28, 1853. His parents were extremely poor and he had a very difficult childhood. When he was thirteen, his teacher urged him to apply to the Royal Swedish Academy of Arts. Carl was admitted. He worked as an illustrator of books, magazines, and newspapers, moved to Paris. In 1882 Larsson met Karin Bergöö, who soon became his wife. This was to be a turning point in Larsson's life. Carl and Karin Larsson had eight children and his family became Larsson's favourite models. Many of his watercolours are now popular all over the world. In 1888 the young family was given a small house, named Little Hyttnäs, in Sundborn by Karin's father Adolf Bergöö. Carl and Karin decorated and furnished this house according to their particular artistic taste and also for the needs of the growing family. (Wikipedia) 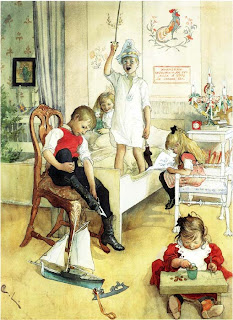 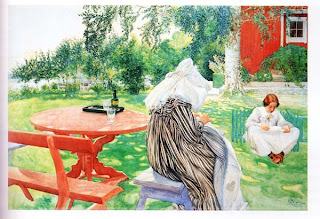 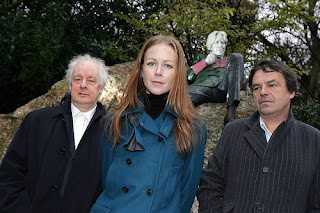 1921: Irish Free State established The British government and Irish leaders Arthur Griffith, Michael Collins, and others signed the Anglo-Irish Treaty, establishing the Irish Free State as an independent member of the British Commonwealth this day in 1921. (Britannica On Line)

Email ThisBlogThis!Share to TwitterShare to FacebookShare to Pinterest
Labels: Ireland 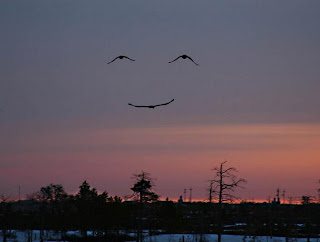 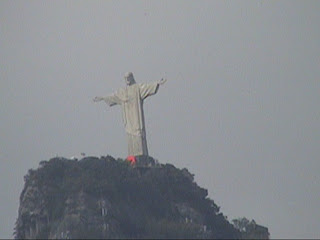 In a few moments it'll begin the ceremony of World Aids Day, at the top of Corcovado. Sergio Cabral (Rio de Janeiros's Governor) and José Gomes Temporão (Health Minister) will attend the Mass celebrated by our Bishop, Dom Eusebio Oscar Scheid.
That's what I can see from my window...
at December 01, 2007 No comments: 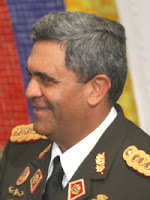 Let's hope the Venezuelan people should vote no tomorrow.
No more dictators, no more censorship, no more dismal education and health care in Latin America!

Email ThisBlogThis!Share to TwitterShare to FacebookShare to Pinterest
Labels: Venezuela 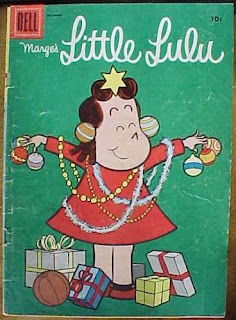 Marge and Charlie Schultz kept me busy and happy during my childhood and youth. Later I understood how much truth and human knowledge they conveyed.

Does they have the same appeal to new generations?

I hope so. I enjoy superheroes, but they are not the same. Lulu, Lucy, Linus and Charlie Brown are real.
at November 26, 2007 1 comment:

The Wind that Shakes the Barley 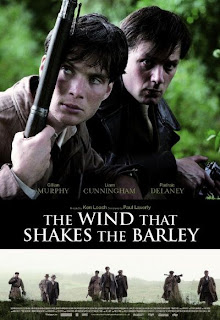 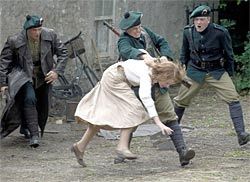 At home, nobody, but me, wanted to see "Planes, Trains and Automobiles" again. So, "The Wind that Shakes the Barley" was chosen. So much beauty and violence! Barry Ackroyd did a wonderful job as director of photography. And Ken Loach punched my heart!
at November 23, 2007 No comments:

Email ThisBlogThis!Share to TwitterShare to FacebookShare to Pinterest
Labels: film, movie, the wind that shakes the barley 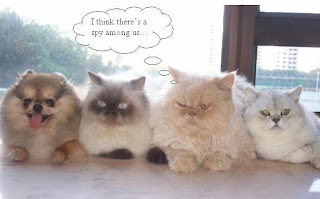 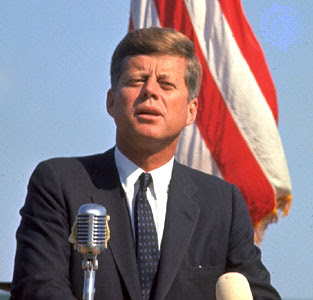 22 november 1963 - we were all so sad. John Kennedy's death was such a great loss for all! JFK and Martin Luther King are examples America gave the world.
With Gandhi, Madre Teresa and Pope John Paul II, they are blessings for mankind.
at November 22, 2007 No comments: 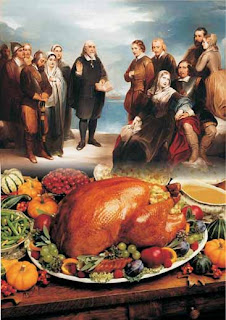 We don't celebrate Thanksgiving, in Brasil. All our attention is already at the Christmas Season. But I think it's good to count our blessings, to think we didn't did anything to deserve them and that they are truely gifts from God. And it's always time to remember those who doens't have the same.

Tomorrow, we won't eat any turkey, corn or gravy. We will see "Trains, Planes & Automobiles". Laughing and valueing family reunion, is a good way to celebrate. 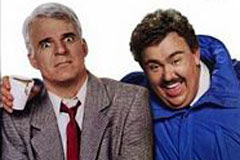 Email ThisBlogThis!Share to TwitterShare to FacebookShare to Pinterest
Labels: thanksgiving 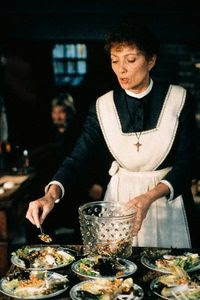 Do you have a favorite movie? One that touches your heart, lightens your imagination?

Babette's Feast inspires me to do my best, trying over and over again, to be simple and kind.

The director Gabriel Axel isn't a chef or a gourmet. Cooking is just a pretext to serve moral values and virtues.

As Achille Papin said: "Throughout the world sounds one long cry from the heart of the artist: Give me the chance to do my very best."

I'm no artist or cook, but, next year, I will try to make my family happier with our simple food, just improving the seasoning "à la Babette".
at November 19, 2007 No comments: 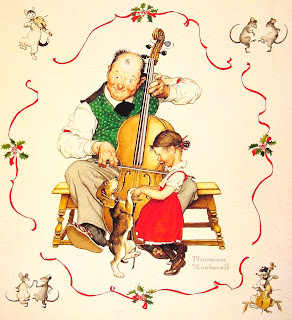 Norman Rockwell opens this Christmas Season.
at November 19, 2007 No comments: